If God is One, how can God also be “three” at the same time? This is one of the main theological sticking points among the three Abrahamic religions. Accusations of disingenuousness at best and polytheism at worst have been leveled at the Christian viewpoint for millennia. So how did the doctrine of the trinity become one of the main foundational tenants of Christianity, despite the fact that it isn’t explicitly mentioned in scripture? To answer that question, we must first continue to travel through the world of duality. 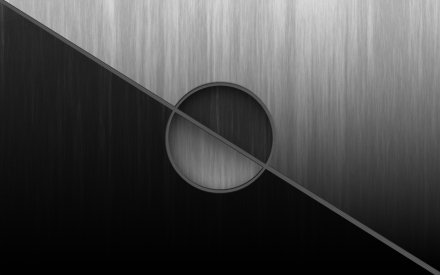 Jesus did not teach that man should try to be as solitary God, a priori. He taught that man should strive to be “perfect as your Father is perfect…” – “Perfect in one,” as Jesus described the Father and the Son to be perfectly one. But He saw that because man is of both God-strands of will, he must act under the compulsion of each: thus he must come to lay down his life willingly, under no compulsion, as a priori God willingly laid down His life, and he must also pick it up again as did God become One everlastingly committed to life, action, and the freedom in consciousness to decide what one’s life will be.

Preston Harold now turns to Viktor Frankl and his pioneering psychological work he called “Logotherapy” to explore the question of whether or not human beings are possessed of free will; of whether they really have freedom in consciousness to decide what their lives will be. 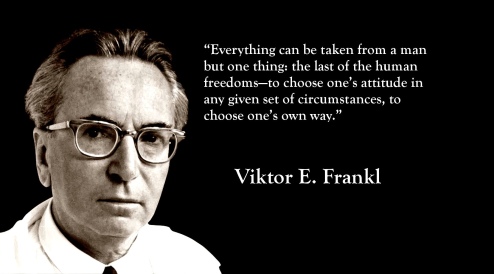 Viktor Frankl…writes, “There is nothing conceivable that would so condition a man as to leave him without the slightest freedom Therefore, a residue of freedom, however limited it may be, is left to man in neurotic and even psychotic cases. Indeed, the innermost core for the patient’s personality is not even touched by a psychosis.” He sees that the individual personality remains essentially unpredictable – “In other words, man is ultimately self-determining. Man does not simply exist, but always decides what his existence will be, what he will become in the next moment. By the same token, “every human being has the freedom to change at any instant….” He recognizes that man is a finite being, and that “his freedom is restricted. It is not freedom from conditions, but freedom to take a stand towards conditions…” – in suffering, for example, “what matters above all is the attitude in which we take our suffering upon ourselves.” Thus, “In a word, each man is questioned by life; and he can only answer to life by answering for his own life; to life he can only respond by being responsible. Thus logotherapy sees in responsibleness the very essence of human existence.”

Thus, in answer to the ancient argument as to whether man’s will is bound or free comes to rest in the answer that it is both and neither – it is the will of a responsible creature, self-determining his attitude toward life and what he will make of his own life in any condition in which he finds himself or that may be imposed upon him.

Just as Jesus saw that in order for a man to fulfill his desire to express Selfhood, his will must transcend itself and become as the will of the Father, so Frankl sees that “self-actualization cannot be attained if it is made an end in itself, but only as a side effect of self-transcendence.” 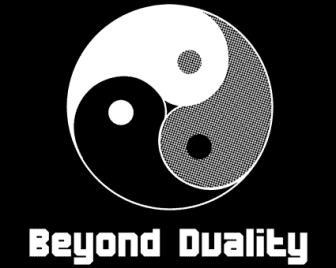 It is out of this duality that a third aspect ultimately arises. Preston Harold concludes:

If man is empowered of and by the two aspects of God – which may be seen as Self-actualization and Self-transcendence – a concept based upon duality should suffice. But duality evokes the third aspect of being, so that one must come to grips with the trinity principle. In life, it involves man, woman and child – in the physical realm, positive negative, and neutral energy – in theology it gives rise to that most baffling of trinities: the mystery of Father, Son, and Holy Ghost. What is the Holy Ghost? And why must it be?

Why must it indeed? We will begin to look at the reasons for the Holy Ghost’s existence beginning in our next post. Until then, peace.

Continuing from our last installment where Jesus states that he speaks not of himself but of the Father dwelling in him, Preston Harold extrapolates:

Certainly Jesus repeated insistently that He was sent to do light’s work in this world. And the opening verses of the Gospel of John indicate an understanding of light’s operation in the physical realm that scientists have now discovered: the radioactivity of matter and X-rays, which an ancient might refer to as “the light shineth in the darkness; and the darkness comprehended it not.” Jesus summed His statement of light’s dual activity: “As my Father has continued working to this hour, so I work, too.”

As scripture refers to Jesus as both “word” and “light,” it is necessary to understand that both sound and light are products of underlying dual activity. Of the dual action that produces sound and light, Sir Arthur Eddington says:

“We remarked that Schrodinger’s picture of the hydrogen atom enabled it to possess something that would be impossible on Bohr’s theory, viz. two energies at once. For a particle or electron this is not merely permissive, but compulsory – otherwise we can put no limits to the region where it may be.”

Jesus understood that any one in manifestation – and thus every man – is possessed of two energies (or wills) at once, because light itself involves two frequencies operating in the same wave-group. In drama and word, He indicates that the energy of Satan or evil operates in man, as well as the energy of God or good. 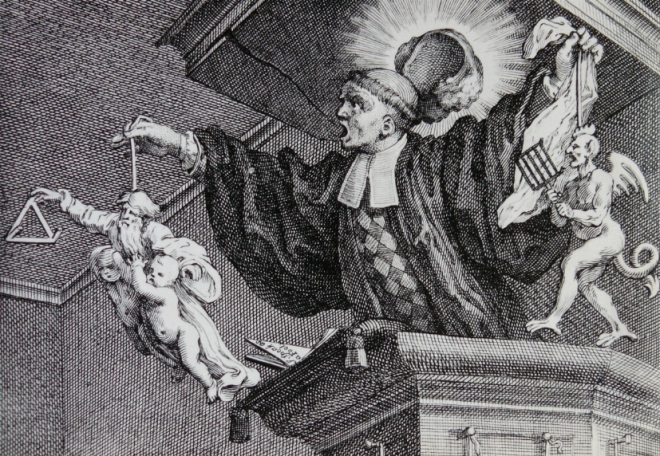 The challenge, of course, is for each person to become ONE while “manifested” on earth; for God’s (One’s) will to be done on earth as it is in heaven. Preston Harold explains in an especially refined paragraph…

Because man has both a conscious and an unconscious domain, his will is both free and bound, limited and unlimited. Jesus said that only as man’s will becomes as the will of One can it be perfectly free and perfectly controlled. Only then can one be “as God” and yet “as himself.” The will to be “as God,” and the will to be “as himself” compose the two wills a person expresses simultaneously. The two opposing wills are thus the same and yet opposite: to be “as God,” whole-one, and to be “as man,” one-whole. The first expresses man’s consciousness a priori God and his compulsion to follow a like pattern of action: destruction of self-in-isolation as ALL in being. As a man dies, he expresses this inherent prerogative of a priori God: self-destruction of the form that was. The will to be one-whole, as living God, expresses Christ-consciousness in man that is whole, as One is whole, and is utterly committed to life. Adler recognized man’s need to express himself as wholeness; Jung saw that human nature tends toward wholeness; to Rank the “urge to immortality” is man’s inexorable drive to feel connected to life in terms of his individual will with a sense of inner assurance that the connection will not be broken or pass away.

We will continue this thread of discussion in our next post. Until then, peace.